10 Eco-friendly Ways to Dispose of Furniture in London

Help Give Furniture a Second Life

How to save your old sofa, kitchen table or chest of drawers from going to landfill if you live in London? Where can you take or who can you give unwanted furniture that's too good for the dump?  Here is our ultimate guide to everything you ever wanted to know about furniture reuse in London.

1. What Furniture can be Reused?

Any item of furniture can be reused provided someone else wants to use it. This may sound obvious, but it's sometimes easy to forget. The key to giving an item of furniture a second life is finding someone who's prepared to take it off your hands. And the willingness of someone to take it will depend on the cost to them of collection and their perceived value of the item.

Despite the wide range of reuse options listed below, in practice they all fall into one of the following routes:

Before using fancy online marketplaces or contacting local charities, don't forget your friends and relatives. Might someone you already know (or someone they know) like your old armchair or coffee table you're planning on throwing out? Maybe they've got kids starting college or moving into a new flat and just want some cheap, basic furniture to start with. Wouldn't it be great to give something to a friend or a friend of friend, before offering stuff out to the wider world?  These days it sometimes seems almost embarassing to give second hand items to friends or relatives. But it really doesn't have to be. Just take a photo and share it with your network.

In a similar vein, 'near' but maybe not quite so 'dear', an older school way of passing things on for reuse is to place the item outside your home with sign on it so locals can take it. We've all seen cars with a sticker in their window saying FOR SALE £xxx. Well, the same approach works with sofas an other furniture items provided a) the item is clean and good quality b) it's not raining! c) your price is low or preferably zero, and d) you live on a road with plenty of footfall. But of course, having an old sofa in your front garden with a big sign saying 'SAVE ME' may be to everyone's taste (or your neighbours!). So read on for more private solutions... 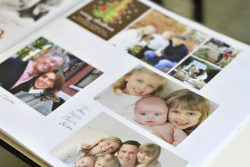 Instead of offering items to your nearest and dearest, you could consider extending the net a little wider. If so, the following marketplace sites are ideal.

eBay - the original online market for selling (and buying) stuff, eBay connects you to buyers of second hand goods from all round the world

Nextdoor - all about community, Nextdoor connects you to people and businesses in your neighbourhood. If you're too shy to put a sign on your sofa outside your front door, then maybe Nextdoor's for you

Preloved - the clue is in the name. The marketplace for things that you once loved (no - not your ex!). They have a freeloved section too, so if you want to give, but not receive then check it out

Shpock - similar to eBay, but newer and seemingly with a bigger advertising budget, Shpock is arguably best suited for selling smaller stuff than furniture. But we've included it here becase the world changes so fast, perhaps they'll buy eBay tomorrow!

Village - not sure about these guys but seemed a bit mean to exclude them from the party. They're a sort of Nextdoor mixed with Freecycle mixed with Shpock - but of course, if you mix too many ingredients in one bowl, sometimes it doesn't taste so great.

If you would like to give stuff directly to another person for free (rather than a charity or social project) then the two big players in the market are Freecycle and Freegle. Freecycle is global but has local groups all over the world including London. Freegle is UK only and also has localised groups. Both operate as not-for-profit social enterprises created to facilitate reuse amongst people. No money can pass between users of their sites.

Other ways to give your furniture away for free in London is through one of the many local charities, social enterprises and not-for-profit projects that specialise in furniture reuse. Below is a list of them with a web link - please let us know if this needs updating by emailing [email protected]. Most of these organisations, depending on their busyness and funding (which in practise can fluctuate quite a lot!), will pick up good quality furniture items from your home for free to either sell them to fund their cause,or pass them directly to the people they are supporting. Bear in mind that as a business they will only be able to receive upholstered furniture if it has a fire safety label. NOTE, this is not the case if you donate or sell directly to a member of the public.

House clearance shops are specialists in clearing people's homes, typically following a bereavement or downsizing. They come to the property, review all of the items that need to be removed (the person doing this is known as a 'totter' for the more inquiring minds of you) and, depending on the value (and your innocence!), make you an offer to take it away. Sometimes it's a charge, sometimes it's an offer to buy, and sometimes it's a simple 'we'll take it all for free'. House clearance companies make money by acquiring second hand items for a lower price than they sell them. They generally prefer large clearances rather than one or two items, so if you're just trying to get rid of one or two pieces of furniture, you're unlikely to get great engagement. That said, if you are able to transport an item to their store, then they are often able to agree a deal on the spot.

Trade buyers (aka second hand furniture dealers) are similar in some ways to house clearance companies. They buy low, to sell high. Below are some of the more well known in London that have websites. The problem with trade buyers are that unless you've got something really great, they're not very interested. And when they are interested, they tend to be the last person to offer you best value!  So, although they've been included in this blog post for completeness, arguably they are more relevant if you ever need to BUY some second hand furniture rather than sell your own.

If your unwanted furniture item is genuinely valuable, then an auction house may well be for you. Obviously if it's good enough for Sotheby's or Christies then to be honest you're reading the wrong blog article, but there are a number of less swanky auctions in London that less high end items. The most well known are Lots Road Criterion Southgate and Chiswick auctioneers. But bear in mind they charge a hefty commission and the process involved is considerable.

A bit more down to earth is Old Spitalfields Market which happens every Thursday, and of course there is also the wonderful world of London car boot sales. 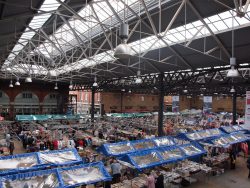 If you have a vehicle (and muscles) to transport your item, several council tips have a dedicated bay for reusable bulky items. In practise most of these tend to be better suited for appliances than furniture, but call and ask if you are unsure. Often the reuse side is provided by a local charity or social enterprise which means that by dropping off your item you'll be supporting a local cause. Here is great summary of all the council civic amenity sites in London.

Before considering disposal, you might want to think about upcycling your old furniture.  Upcycling can give your furniture a new lease of life and is an easy way to reduce waste and save money.  There are lots of how-to videos and blogs online showing people how to revamp old furniture and there’s even creative ideas on how to reuse household trash!

So that brings us to our old friend LoveJunk. That's us by the way 🙂

The online marketplace for junk disposal and reuse. If you've tried to donate or sell your item with no luck, then snap a photo and list it on LoveJunk. We'll get you matched to your nearest reuse organisation or licensed waste collector in seconds.

Please share this article with your friends to help reduce the amount of good stuff that ends up in the bin. And if you know of any other furniture reuse resources that Londoners would benefit from, please drop us a line at [email protected]. We're always on the look out for new ideas and suggestions.